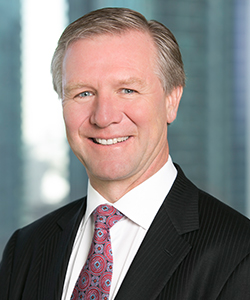 Glenn is very concerned about the impact of climate change on the world. He was inspired by the work of the Canadian Nature Museum’s research in the Arctic to join the Foundation’s Board.

Mr. Ives was Executive Chair of Deloitte Canada from 2010 to 2018.  He also was a director of the Deloitte Global Board during this timeframe and served as Global Risk Committee Chair from 2012 to 2018.  Mr. Ives held various positions at Deloitte Canada from 1999 to 2000 and is an audit specialist in the mining and financial sectors. Prior to joining Deloitte, Mr. Ives held progressively senior leadership roles in the mining industry, including as CFO and Director of Vengold Inc. from 1993 to 1999, and Vice-President of Finance for TVX Gold Inc. from 1988 to 1999. Mr. Ives is currently the Chair of University of Waterloo’s School of Accounting and Finance Advisory Board and a director of the Canadian Nature Museum Foundation, St. Paul’s Hospital Foundation (Vancouver), and the Bard on the Beach Shakespeare Festival.